Analog or Digital, Which is Better 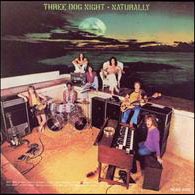 My first introduction to a professional recording studio was in 1969 at American Recording Company on Ventura Blvd in Studio City, CA. The producer was Richie Podolor (stage name: Richie Allen) and the Engineer was Bill Cooper. In my humble opinion, that was the best production team in the music business during the late 60’s, through the 70’s and into the 80’s. It is almost unbelievable the body of work that this team, both together and individually, created. The albums listed for American Recording Company at the allmusic.com website says it all.

My point is that I learned analog sound from the best.  Richie and Bill showed me how recorded audio should sound and what the analog equipment was capable of reproducing. American Recording Company was all tube amplified (Mcintosh), mixed with an analog board (rotary pots) and recorded on tape. Many of the songs that we still hear today were recorded at American Recording Company and they all exemplify the epitome of analog sound.

I have a collection of reel to reel tapes. I play those tapes back through the Sony mixing board (discrete) and amplified by a tube amp driving vintage JBL and Altec Monitors. The sound quality is excellent. The sound is warm with a feeling of softness that lulls you into spending hours just listening. I put on the Moody Blues – “A Question of Balance”. I close my eyes and I can easily visualize the sound field (The placement and apparent location of the various instruments and vocals). Each is clearly defined and sounds warm due to the overtones and harmonics that are present within all analog processed musical waveforms. I feel relaxed and safe and I drift off to another time and place: All is right with my world.

Analog audio signals are made-up of complex sine waves. The components in the audio signal path (mic, preamp and power amp) each contribute qualities that make-up the ‘Analog Sound’. That analog sound has been described as “warm” and digital has been labeled as “Sterile”.

In the 1990’s I was introduced to digital recording through a Sony CD Walkman. It had small transducers that were called ‘Earbuds’. This combination was portable and the sound was clean and crisp. This was great for listening to music while going about my daily activities. When I finally added a CD player to my home system I could not immediately hear any difference. This probably was do to the level at which I was listening to music. Gradually, I was indoctrinated into accepting the digital sound. This was subtle: analog sources were disappearing, trade magazines and consumer advertisements touted to benefits, and superiority, of digital sound products. Many of the professional recording studios were removing the old analog equipment and replacing it with cleaner and more ‘accurate’ digital equipment. Millions of consumers, like me, were now convinced that digital processing and reproduction of music was the new standard of quality. The mass consumer market had abandoned the old analog standard.

In my quest to satisfy my vanity and to return to the 70’s glory days of Rock-N-Roll, I began collecting professional analog audio equipment to assemble the ultimate home stereo system. I found a recording studio in Sacramento, CA that was liquidating their equipment as the owner was retiring. Among the items that I purchased was a pair of Altec 9844A studio monitors. I hung these monsters on the wall, hooked up my reel to reel tape machine and que’d up Cosby, Stills, Nash & Young – “Suite Judy Blue Eyes”. The speakers were separated by about 12 ft and I sat center about 10 ft in front. I closed my eyes and the sound field unfolded. As the song ended, I realized that I had not heard music like that since I sat in the control room at American Recording Company over 35 years ago.

When I wanted to add a multi-track tape machine to my collection, the only person I knew that was an expert on analog tape was Bill Cooper at American Recording Company. When I called him, he told me that they had switched to digital but were in the process of acquiring a tape machine from Otari as the digital recorders did not have the ‘Headroom” that tape had. The Pros were now realizing the limitations of digital processing.

I an avid reader of Mix Magazine and Sound on Sound Magazine, and when I look at the advertisements in the back, I am finding that there is a resurgence of analog and tube equipment for studios. What amazes me is the quality of sound that came from analog equipment. Recordings like Bing Cosby “White Christmas”, Beatles “Sgt. Peppers”, Jimi Hendrix “Purple Haze” were all processed using analog equipment.

It is my belief that the quality of music provided by analog processing is superior to that of digital. That does not mean that I have abandoned all digital equipment. I still use an mp3 player, I listen to CD’s on my car stereo and I have been known to save old mono and stereo recordings to mp3. But at the end of the day when I set down and listen to the CD’s and mp3’s, they all seem to sound better through my transistor and tube processing and the 50 year old Altec speakers. We all hear through different ears.  Digitally processed Rap and Hip Hop sounds great to the ears of the younger generation that has never known analog sound. My 19 year old daughter’s friends are amazed at how good their music sounds through my old analog equipment.  Simply put, analog captures, and at the same time enhances, the soul of the music that digital can not.

With 25 years in sales and management, Lynn Albro is focused on internet marketing for Realtors and small business owners. Specializing in SEO and Social Networking, she is a creative problem solver, and loves to help!
View all posts by Albro →
This entry was posted in Building a Recording Studio and tagged Analog Recording, Digital Recording. Bookmark the permalink.